New Book: Together Or Separately - Finland’s and Sweden’s Security Policy at the Crossroads

​”An insightful book and a masterful application of the level-of-analysis categorization to untangle the causal knot surrounding the important Finnish-Swedish strategic relationship”. 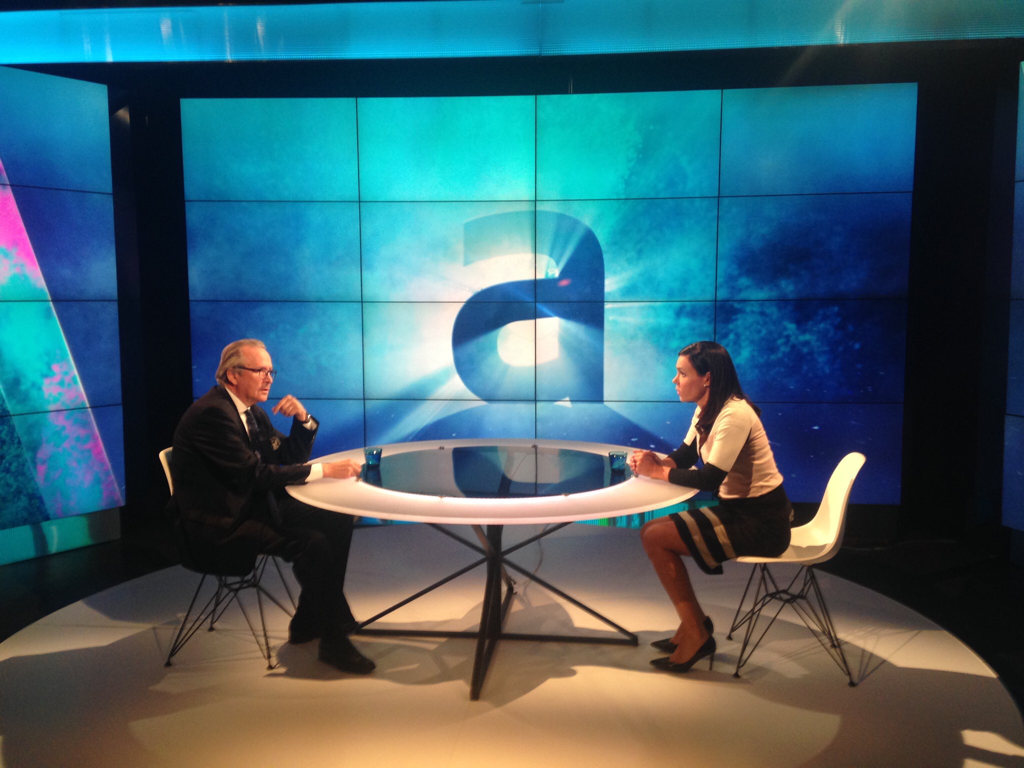 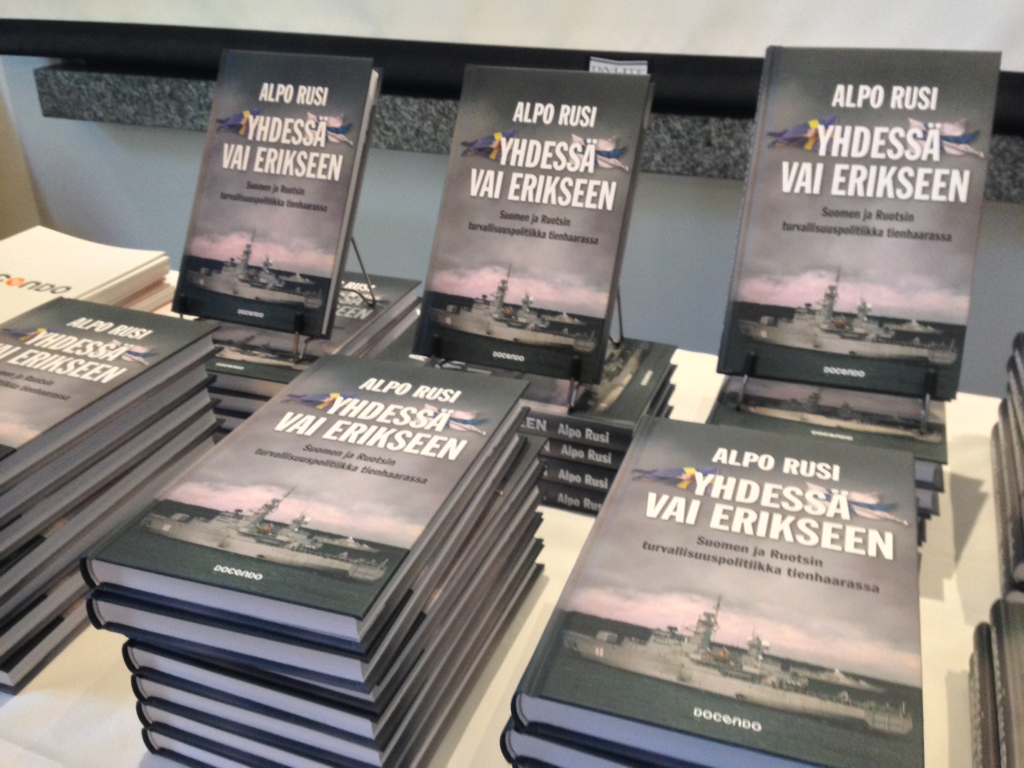 The book Together or Separately deals with the security policies of two non-aligned Nordic countries, Finland and Sweden, between 2000 and 2016 and frames it with more theoretical explanations of interstate relations which have traditionally been categorized according to their ”level of analysis”. The book compares the foreign policies of these two countries during the Cold War and after but focuses on the last two decades. The three level-analysis as a theory constitutes the approach and structure of the book.

Both countries faced rapid changes in their security environment as a result of the annexation of Crimea by Russia in the Winter 2014 and growing tensions between Russia and the West. Finland and Sweden are on the side of the West but without the security guarantees of Nato. Their security has been weakening despite non-alignment the aim of which was the strengthening of stability in the region. The author of the book draws the conclusion that non-alignment has not contributed to stability in the Baltic Sea region as was long expected. In both countries the debate on Nato membership has evolved with historic dimensions and new agreements have ben signed both with the United States and Nato members on security co-operation to fill this gap of security.

The book discusses chronologically the themes in three main chapters and based on three levels of analysis: Chapter I (Emerging Co-operation 2000-2007),Chapter II ( Increasing of Instablity 2008-2014), Chapter III( Sharpening of Conflict 2014-2016). The titles of the chapters describe the systemic changes having an impact on the security developments in the Baltic Sea Region and two non-aligned states in particular. The sub-titles in each chapter cover all three levels of analysis.

In the year 2000 Europe was experiencing promising times. The European union as well as Nato were about to enlarge in order to overcome the last dividing lines after the collapse of the Berlin Wall and the Soviet empire. Finland and Sweden were closer to each other politically and militarily since the separation of 1809, as Prime Minister of Sweden Carl Bildt stated in his famous speech in 1992. Both countries expected Europe to be further unified towards a ”closer union” and Russia somewhat integrated with it. No threat of military conflict was anticipated until the last minutes before the Maidan explosion in the winter 2014.

The domestic sources and a specific strategic culture of Finland and Sweden play a role when explaining their commitment to the doctrine of ”non-aligment” despite the aggressive foreign policy launched by Russia first in words from 2005 and later in deeds from 2008. The strategic culture is based on history and geopolitics as well as the domestic system. Finland was part of Sweden from 1157 to 1809 and was annexed by Russia by military means based on the Tilsit Treaty between Russia and France in 1807. The book discusses the influence of history for both countries.

During the Cold War Sweden had a secret understanding with Nato and the United States that in case of the East-West military conflict, Sweden would not be neutral but allied with Nato(den dolda allianssen). Finland for her part had a Co-operation Treaty (YYA-sopimus) with the Soviet Union signed in Moscow in 1948 which limited the room of maneuvering of Finland and placed it to the military sphere of interest of the Soviet Union.

The two ”neutral” countries were geopolitically separated although economically and politically quite similar. In 1972 President Urho Kekkonen of Finland may have been active to secretly start consultations on the implications of the military articles of the 1948 Treaty in case of crisis. These consultations took place in Helsinki between the military attache of the Soviet Union and third highest military officer of the Finnish army during the next two years. Kekkonen was afraid that in case Western Germany would not ratify the Treaties with Poland and the Soviet Union, a threat of military exchange would ensue. The book elaborates this action of Kekkonen critically based on newly received information from sources close to the swedish military intelligence. Kekkonen may have broken the Constitution and also caused speculations about the status of Finland thus intensifying the accusations about finlandisation.

The book also discusses critically the official arguments in both countries for the maintenance of the status of non-alignment although the aggressiveness of Russia became evident since the war in Georgia in 2008. The author describes the leaders as sleepwalkers and is the opinion that both countries lost the window of opportunity in 2004 when the Baltic states joined Nato. The political prize for joining is much higher in 2016 although more needed than ever before.

One of the arguments for non-alignment has been a need for a policy of appeasement vis-à-vis Russia. However, this diplomatic strategy has barely worked and has been more like a failure as the Minsk Process on Ukraine has vindicated. The EU is not a strategic player but an advisory board of security to Nato. Economic sanctions are the only functioning tools available but a source of controversy in the EU and US.

The book discusses widely the future of security arrangements of Finland and Sweden and the Baltic Sea security in general. The region is now a strategic whole and in case one country is attacked by Russia no country can stay neutral. Is the region becoming a target of the Russian hybrid warfare to enlarge the geopolitical sphere of interest of Russia also by using energy co-operation and political means and traditional espionage ,propaganda and as well as sophisticated cyber-attacks? The answer is yes but the issue is, what next?

Sweden disarmed its army in terms its technical resources but also dismantled obligatory military service in 2010. based on a wrong analysis about security developments. Finland although its geopolitical location os more challenging,did not change its military structure and conscript system but rejected Nato membership. The problem is that both countries are between an aggressive Russia and Nato. For Nato Sweden is strategically crucial and the swedish army is obliged to link it to the Nato structures to fill the gap emerged after the de facto disarmament of its military defense system. However, the non-socialist political parties have agreed to join Nato in case they win the elections in 2018.

The Russian long-term strategy is elaborated which aims at creating conflicts and challenging the liberal and European international order. Russia wants to have its seat in the big power game-table but is economically at the verge of collapse. One can compare Russia of Today with the Soviet Union after the intervention to Afganistan in the early 1980. Is Vladimir Putin an incarnation of Alexander III of Russia?

The author elaborates policy strategies for Finland and Sweden but also for the Baltic and Nordic states within the EU and Nato but also between themselves and makes an effort to introduce co-operative solutions to avoid military conflicts with Russia. The future remains uncertain and instabilities are in the rise not only in the Baltic Sea Region but in the whole Europe.

Finland and Sweden have to decide on Nato membership either together or separately. Nato would be strengthened as a result of the enlargement of the alliance with two former non-aligned states of the Northern Europe. For them the membership would give the security quarantees of the article 5 and benefits to be part of the joint common system of the alliance.

The issue is not anymore so much about their own security but about Europe as a whole. The conflict between Russia and the West does not disappear overnight although with respect to the history of Russia, ”anything can change abruptly”, as an expert of Russian affairs Keit Gessen has stressed.
The author  Dr. Alpo Rusi served the Finnish Foreign Ministry in various assignments since 1974, i.e. in the Federal Germany, Denmark, the UN Mission(New York) and the OSCE as desk officer and ambassador in the Western Balkans 2003-2007, foreign policy advisor to the President of Finland 1994-1999 and Deputy Special Coordinator of the Stability Pact for Western Balkans 1999-2000. Rusi was Senior Advisor to the President of the General Assembly of the UN 2007-2009 and ambassador of Finland in Switzerland and the Holy See 2009-2014. Currently he is visiting Professor of international relations a Vytautas Magnus University (Kaunas). Rusi is an author of several book, like After the Cold War:Europe’s New Political Architecture (1991, Macmillan, New York), which was a candidate for the Woodrow Wilson Foundation Prize by the publisher; Dangerous Peace: New Rivalry in World Politics (Westview Press, New York,1997); Bypassing from the Left: Struggle for Leadership of Finland’s foreign policy 1945-1990 (in Finnish), Gummerus, 2007, 600 pages,based on original archives; The Grip of the Sphere of Influence: Finnish Power Game on the border of Europe 1700-2014, Gummerus, 2014, 400 pages (in Finnish). Rusi was professor of international relations at Lapland University 2000-2003 and visiting professor at Hamburg University 2001-2002.
© Kaikki oikeudet pidätetään - © All Rights Reserved - Alpo Rusi - 2014-2020
Kirjoituksia saa lainata. Lähde on mainittava.